Information partners of the project 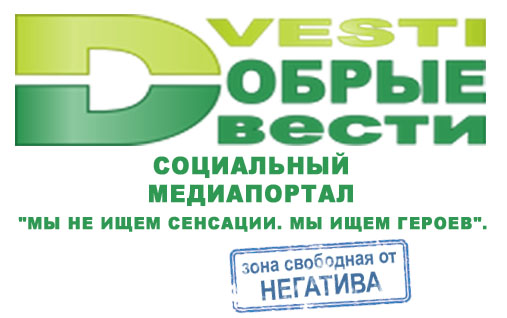 We are talking about the unusual and interesting people, living in Kazakhstan, publish social and eco-friendly content that is no pressure on the psyche of their negativity.

We are not looking for sensation, we are looking for interesting people and focus on the Hero.

Social Portal “Dobrye vesti” was created in the multimedia format – this infographics, slideshows, 3D news in a time – line, video and photo.

We create the most excellent news portals, news – from which “warm at heart,” I want to live, build and create with their own hands a unique and unique world. 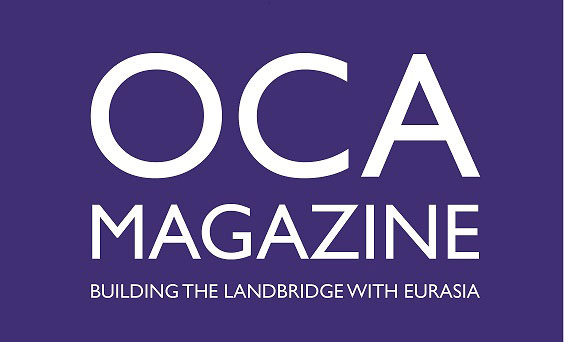 OCA – a quarterly magazine published in London in 2009. Eurasian creative guild, which is devoted to relations between East and West.
The magazine is published in English and is dedicated to promoting the culture, regional policy, coverage of important events and communities in both regions, and provides a unique opportunity for discussion and exchange of ideas, the development of business cooperation, as well as tourist and cultural ties.

Today, in the globalized world, can ever freely explore new countries and to establish cultural and business links. Countries Evraziiyskogo region, will undoubtedly play an important role in the coming years. Until now, the region remains one of the least study parts of the world.
Anyone who is interested in the region, as well as representatives of Eurasia, who live in Europe, can be found in the Journal of something for yourself. Journal topics of interest to international and Eurasian business, an important place is given by interviews with authoritative representatives from the world of politics and culture.
The printed version of the journal is currently distributed in 8 countries (the UK, Russia, Belarus, Uzbekistan, Kazakhstan, Kyrgyzstan, Tajikistan and Turkmenistan) to more than 1,000 companies, it was signed by more than 2,000 international subscribers. Journal They are also available at selected universities, embassies, airlines and other organizations associated with the Central Eurasia in Russia, Central Asia, the UK and the US.
OCA Magazine is part of the Silk Road Media Group. It also poblikuyutsya materials on annual Open Eurasian Book Forumand Literature Festival (OEBF). In general, the mission of the Eurasian creative guild is to promote dialogue and cooperation between representatives of the creative elite, non-profit and government organizations, as well as the business community in the region of Eurasia.
Frequent guests on the pages of the magazine are diplomats and politicians from the CIS countries and Europe. The heroes of the previous issues of the magazine are such interesting people as the first President of Tatarstan Mintimer Shaimiev, Minister of Foreign Affairs of Tajikistan Sirodjiddin Aslov, Lady Barbara Judge, Regional Director of the EBRD Masaru Honma, producer, and former Minister of Culture of Kyrgyzstan Sadik Sher-Niyaz, and Mikhail Shvydkoi, special representative of the President of the Russian Federation for international cooperation, and many others.
In addition to the OCA magazine continues to promote the region and highlight some issues devoted to the CIS countries, has recently significantly expanded the magazine themes. Under this heading are published materials including all the countries of the Eurasian continent and the global nature of the projects.
After the name change (formerly «Open Central Asia») magazine has included projects such as the OCA: Eurasia, OCA: the Silk Road, the OCA: Science, OCA: Linguistics and national publications such as the OCA: Kazakhstan, OCA: Azerbaijan and other .

The channel is represented in the paid package operators and provides round the clock broadcasting in IPTV networks and the clock online for the whole world. We provide access to the archive (VOD), where you can see the missing transmission.